From Super-Bike you will find a wide range of modular helmets, which stand out from the others for the folding chin guard, thanks to which it can be transformed into a jet helmet when required. The openable chin guard ensures better ventilation during hot days. Very used for driving in the city and for medium and long-range tourist motorbike outings, the modular helmets are comfortable and versatile, in fact, just raise the chin guard to be understood without having to remove them altogether. On our catalog you will find a vast assortment of models from the best brands, with an exclusive design and many colors available. The fabrics usually used for the strap are hypoallergenic, the lens is anti-scratch and the modular helmet can be purchased with optional accessories available in different models, depending on the needs and price range. 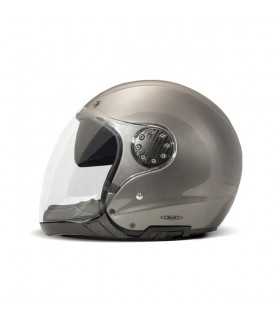 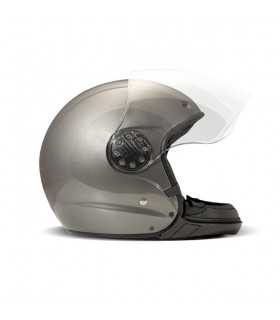 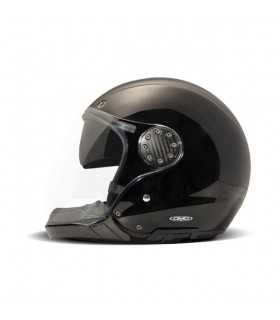 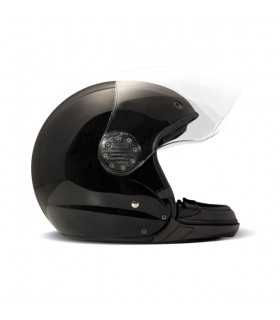 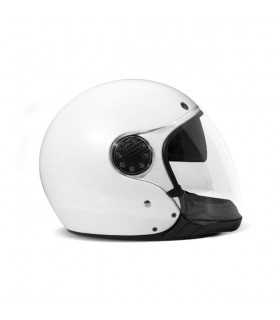 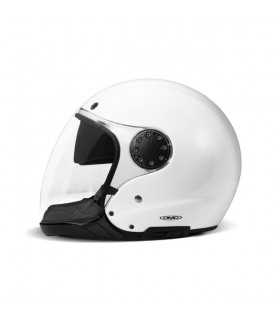 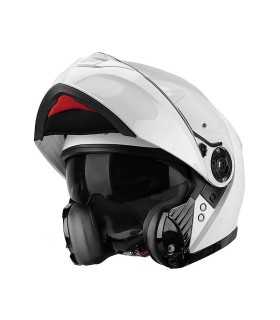 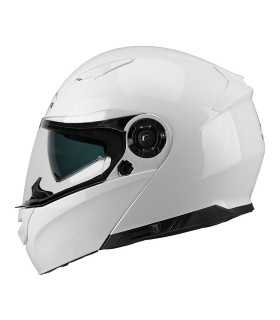 CHF128.00 (vat incl.) CHF160.00
Size : XS
The easily removable protective chin guard can be replaced by plates to cover the lifting mechanisms, and a complete visor completes the transformation of a flip-up helmet into a real open face.&nbsp;
View more
Love
Add to compare

Another type of helmet is the modular helmet. At first sight, if two motorcyclists are at a crossroads side by side and one is wearing a modular helmet while the other one has an integral one, it’s hard to tell the difference between the two helmets. In fact, when the modular helmet is closed, it looks like a full face helmet. The difference lies in what the helmet can do when the motorbikes are parked. The feature that distinguishes the modular ones from the other helmets is their ability to open up the chin bar, rotating it upwards, and thus leaving the rider's face to bask in the sweet sun of a beautiful day. Modular helmets are a type of intermediate helmet between full face and open-face helmets. They are extremely popular among those who travel long distances and spend numerous hours in the saddle and therefore want to take any opportunity to open the chin bar at a stop. It’s a great option to have, and in most cases, it’s cheap if compared to the full alternative. Considering the fact that modular helmets can incorporate all the great features of a full face helmet, with some added functionality, it really isn’t hard to see why they are so popular.

As mentioned above, however, modular helmets have their faults. In addition to the arguments already mentioned against full face helmets, the modular ones have three further disadvantages. First of all, the mechanism that allows the operation of the lever coupling tends to create a structural weakness in the helmet itself. Although it’s not greatly reduced in its capabilities, the inclusion of a break in the solid outer envelope can result in a reduced ability to handle a direct impact. For this reason, they don’t meet safety standards of some certifications. That said, the modular units sold in many cases meet European regulations. Thus, they are still considered very protective. Secondly, modular helmets have the reputation of being slightly heavier and noisier than the full face helmets. This is due to their mechanism. The introduction of more materials, often in metal, on the outer shell to allow the lever movement also has the effect of adding more weight to the helmet. At the same time, the interruption in the solid shell of a full face helmet, which is necessary for the modular opening, creates the need for a seal at the breaking point, and therefore provides the outdoor air with a point of resistance that can create a little more turbulence. An exception to this can be seen in high-end options like the Schuberth C4 Pro, which is so well designed that it’s indeed one of the most silent helmets in the world. Modular helmets are not designed to be worn in the open position while riding a motorcycle. It would be practically like driving with a large sail on top of the head, which is totally negative and goes against all safety standards. So, the chin guard must be raised only when the motorcycle is stopped. However, there is an exception to this rule, which can be found in the Shark Evo one 2, which allows you to pull back the chin bar and lock it.